This page was generated from content adapted from the following sources 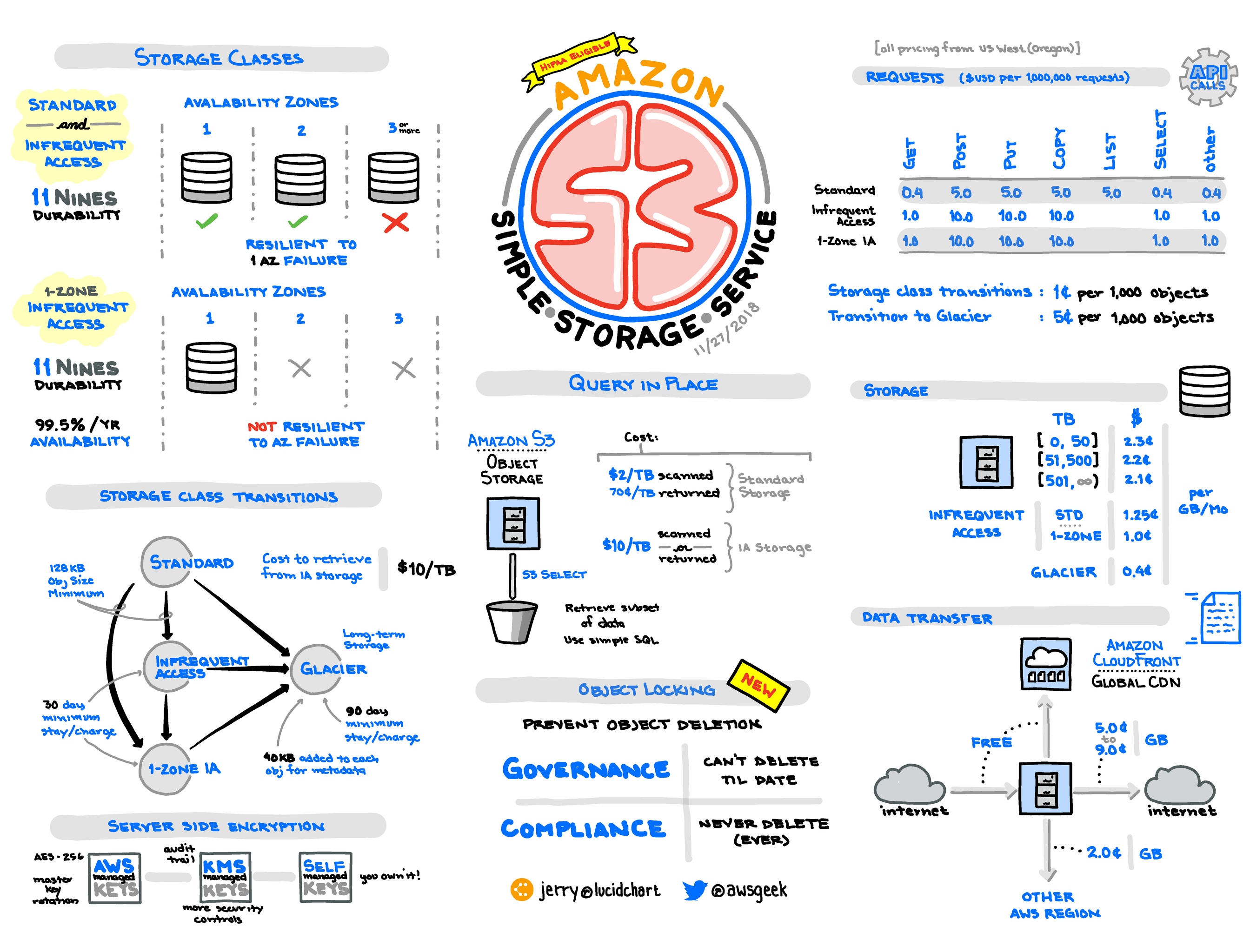 As an illustration of comparative features and price, the table below gives S3 Standard, RRS, IA, in comparison with Glacier, EBS, EFS, and EC2 d2.xlarge instance store using Virginia region as of Sept 2017.